Here is the third issue of This Week in Lubuntu Development. You can read last week’s issue here.

Some work was done on the Lubuntu Manual by Lubuntu contributor Lyn Perrine. Here’s what she has been working on:

We need your help with the Lubuntu Manual! Take a look at PROGRESS.md on our GitHub or Launchpad repositories, or contact us for ways to help there. Pull requests on GitHub or Merge Requests on Launchpad are always welcome!

Here are some general fixes which have landed for the Bionic Beaver this week:

We have been busy landing the Qt 5.9.5 stack in the Bionic Beaver, which, as we’re publishing this, has landed in the proposed pocket of 18.04.

We also worked on security updates for Calibre, which have been released to all users of Trusty, Xenial, and Artful. Huge thanks to the Ubuntu Security Team, specifically Leonidas S. Barbosa and Marc Deslauriers, for assisting in landing these updates!

Lastly, we helped to fix a race condition between sddm and logind in Bionic. This has been released to users. Please also note that sddm now starts on tty1 rather than tty7 (as it always has) in Bionic.

We continued to have discussions around reforming the milestone process in Ubuntu. We will let you know when something final has been decided.

You can find the Bionic Beaver release schedule here. This week is Bionic’s Final Freeze and Release Candidate period. Additionally, Tuesday (typically) is the last day translations can get into the archive, as it’s Language Pack Translation Deadline.

This means that any upload into the Ubuntu Archive past Thursday needs thorough vetting to ensure that it breaks nothing within the release. This means a higher degree of stability for Bionic going forward, with any non-release-critical bugs being postponed to go in as a Stable Release Update.

This means that next week is release week for Lubuntu 18.04! 😀

We need your help testing so we can release in a week from Thursday! Keep your eyes peeled for updates to the ISO QA Tracker with a milestone called “Bionic Final” and let us know how things go. We are still aware of two bugs that need to be fixed (non-Latin characters are improperly displayed on the alternate images, Install Lubuntu fails with Permission Denied (which needs help from people very familiar with that stack)) so please do not re-report these, but rather, if you have any additional notes that would help, please do comment on the bug reports, or just mark yourself as affected.

Lubuntu will be at LinuxFest NorthWest 2018, come say hello! You can find Release Manager Simon Quigley running the Ubuntu booth, and QA Team Lead Walter Lapchynski at the conference as well.

You can find more details about the conference here.

We have a new Lenny! 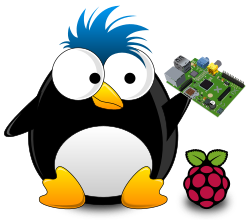 Thanks to the Artwork Team for designing this. 🙂