At Lubuntu we decided it was a good idea to create a weekly newsletter detailing the work that has been happening. So, here we are. 🙂

We expect these bugs to be fixed before we release the final ISO, if not the Final Beta.

As noted in previous announcements, we now have a Phabricator instance that is graciously hosted by our friends over at Altispeed Technologies, the major code that Lubuntu works on is now mirrored on our official GitHub page (we’re working on mirroring more useful repositories, stay tuned!), all of our official web presences (meaning, Lubuntu.me and subdomains, because Lubuntu.net is no longer under the control of the Lubuntu project (we can’t say more at this time except that we are in no way affiliated with FOSSASIA)) now have HTTPS, and we have many more ways you can contact us. But, there are some more infrastructure and project changes which we have done that haven’t quite been announced yet: 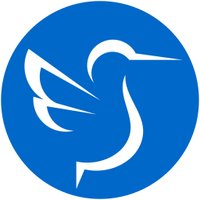 You can find usage terms for our new logo and brand here. As explained there, it is licensed under the CC BY-NC-ND 4.0 unless you receive explicit permission from the Lubuntu Team.

The rest of the Bionic roadmap is laid out pretty clearly; we will participate in the Final Beta to be released on Thursday (assuming the two showstopper bugs are fixed), then in two weeks we get the release candidates, and one week after that, Lubuntu 18.04 is released.

Lubuntu 18.04 will ship as an LTS with three years of support. The LXDE desktop will continue to be the default throughout the duration of the LTS, and it will ship with the same applications we have shipped in 17.10.

Lubuntu Next will continue to be an early adopter’s preview, because our focus as a team right now is on polishing Lubuntu 18.04 and making it a solid LTS. If you install Lubuntu Next 18.04 (which you can grab a daily ISO of right now but won’t actually be released), a lot of things won’t work well quite yet (of course, you can get it to work with some modifications, but we are not confident enough in the state of the ISO that we are willing to ship it). It will stay unofficially supported, and the packages will only be supported in the Ubuntu archive for nine months after the release. After that, you need to update to 18.10 to receive the latest updates.

We frequently get a question along the lines of “Why aren’t you shipping LXQt as the default yet?” The answer to these questions is that while we are working towards it (and progress is being made), we don’t want to jeopardize our userbase by shipping something that isn’t quite perfect yet. We welcome help with making Lubuntu Next a solid experience, regardless of your experience level, so feel free to get in contact with us.

Feel free to get in touch with us.